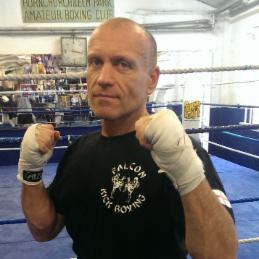 Paul has been involved in marial arts and boxing for well over two decades.  He spent his early time competing against top fighters in Full Contact Kickboxing bouts around England and has fought in some great places such as the iconic York Hall in Bethnal Green.  A highlight of his career was going the distance in a tough fight for the British title against kickboxing legend Jon Lawson, who then became the future multiple Full Contact world champion.  Since forming Falcon Kickboxing he has used his experience to train students in boxing and kickboxing, some of whom have gone on to win area, national and world titles in different forms of kickboxing. 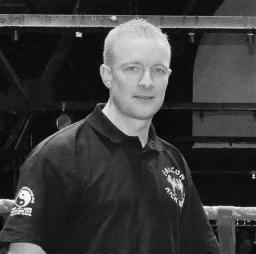 Matt has been involved in martial arts and boxing for two over decades.  Starting out his kickboxing career with Paul, Matt has also spent a number of years trianing in Tae Kwon Do and amatuer boxing whilst at the same time continuing his kickboxing with Paul. He has also had training spells accross other disaplines including Muay Thai, Judo and BJJ.  Having competed and won tournaments in Light continous and full contact kickboxing, he now trains and passes on his experience to the members of Team Falcon fight squad. 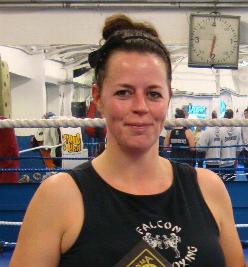 Becky has been training in Kickboxing for over a decade under Paul Green. She has competed in Light Continuous kickboxing where she is a successful tournament winner. Becky specialises in junior/cadet classes where her students are taught discipline, exercise and attend the regular Falcon Kickboxing grading days showing the technical ability to move through the Falcon belt system.
Additionally Becky has teaching experience outside of kickboxing and creates a structured but fun class for her students.